Below is a consolidated form of an article that appeared in the Purina Pro Plan Rottweiler Update Vol. 9, No. 1 May 2010. If you wish to research a much more in-depth article on hormone related problems for your dog, pros and cons, yet still very reader friendly, see this 9 page PDF article here This will help you make an in depth, well informed decision, if and when to alter your Rottweiler. Two factors that you will need to consider before making a decision is, what does your contract/agreement state w/your breeder and most importantly, research your dog's pedigree of health history. Is there mammary/testicular cancer in your dog's background or is bone cancer more prevalent?

Weighing in on the risks & benefits of Early Sterilization in Rottweilers
A 1 year old Rottweiler puppy, playing rambunctiously w/another dog, cried out. "I heard him yelp and went to investigate" said the owner. A trip to the Vet. proved a ruptured cranial cruciate ligament (CCL). Unfortunately a fairly routine occurrence in Rottweilers and other large-breed dogs. A quick surgery repaired the knee but as expected, 6 months later, the other knee went as well. By two years old this rottweiler had already suffered two major orthopedic traumas.Though the owner was unaware of a possible correlation between the dog's very young neuter, she was convinced it contributed to the dog's susceptibility to the injuries.

For decades Vets recommended neutering from 6-9 months of age. Then in 1993 Am Vet Med Assoc. passed a resolution supporting prepubescent spay and neuter from 8-16 weeks of age. The intention was promoting faster healing time and reduced pet overpopulation.

The most recent research raises the questions about early sterilization surgeries and suggests delaying them until a dog is 1 year of age or even as old as 6 years to maximize the health benefits of sex hormones.

In 2004 Texas Tech found a higher prevalence of CCL ruptures in sterilized male and female dogs over intact animals. "It is important for owners to be informed and to carefully weigh the benefits and risks of spay/neuter surgeries," says C. Scott Bailey, DVM., DACT, asst. prof of treriogenology at NC State U College of Vet Med.

Orthopedic injuries are not the only adverse health consequences assoc. w/early spay/neuter. According to research other problems include increased risks for cancer, hypothyroidism, urinary incontinence and obesity. Alternatively the health benefits of spay/neuter are reduced risk of ovarian and testicular cancer, and hormone related cancers, such as mammary. The prevention of indiscriminate breeding or unwanted litters creating pet over population.

Growth and development in large breeds
Spaying and neutering (gonadectomy) halts estrogen and testosterone production that influence growth and development. Rottweilers can reach puberty by 6 months old but they are not considered fully grown until 24 months old, and not until a dog reaches maturity do the growth plates, the soft tissue at the ends of the limb bones, close. These plates, which are responsible for bone growth, are replaced by solid bone as the dog matures. Before then the plates are susceptible to injury, which is particularly a problem for large breed dogs like rottweilers which can reach 27 inches at the shoulder and weigh more than 100 lbs.

Growth plate closure is signaled by communication between the sex hormones and the growth hormones. W/out the sex hormones the plates may close late or incompletely, causing the bones to continue to grow. This creates longer, heavier bones that increase stress on joints and ligaments and can change joint anatomy, causing undesirable limb angles. 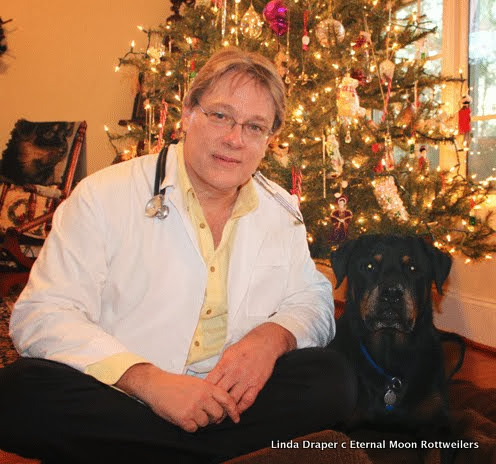 Sterilization affects life span
Research also suggests that intact females live longer than spayed females. "We found that how long females keep their ovaries determines, in part, how long they live," says David J. Waters, DVM., PhD, DACVS, director of the Center for Exceptional Longevity Studies at the Gerald P. Murphy Cancer Foundation. "Importantly, our study showed that bitches that kept their ovaries until they were at least 6 years of age, were 4.6 times likely to reach exceptional longevity than those w/the shortest ovary exposure."

The researchers also found out that removing the ovaries before 4 years of age reduced longevity by an average of 1.4 years and reduced threefold the likelihood of reaching exceptional longevity. The results suggest that the ovaries have a protective effect on the body and that the removing the sexual glands puts bitches at higher risk for developing diseases.

Keeping dogs intact longer may contribute to reduced risk of certain cancers. For example in Rottweilers, the prevalence of osteosarcoma (bone cancer) and hemangiosarcoma (cancer of the lining of blood vessels) is greatly reduced in intact dogs. It is found that altering before one year of age increases the incidence of both cancers. Both aggressive cancers occur frequently in the Rottweiler breed.

Spay & Neuter Surgery Alternatives
Alternatives now include vasectomy for males and tubal ligation for females therefore retaining the hormone producing testes and ovaries. Bitches can also have a hysterectomy which removes the uterus but retains the ovaries. Canine birth control medications and hormone-replacement therapy is being studied.

The best advice, Dr. Bailey says, is to approach spaying and neutering of dogs on an individual basis. 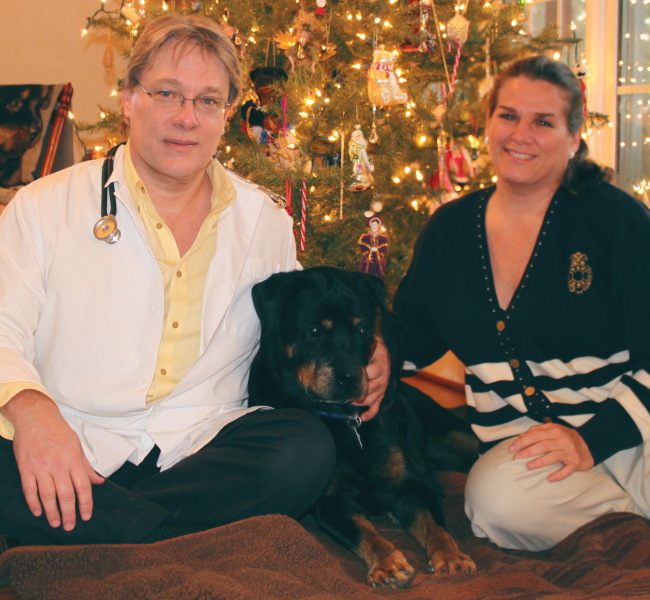 Tolkien was in the program for over two years and died shortly after his 15th birthday (No bone cancer, no cruciate rupture and no hemangiosarcoma). He was intact all his life.

I encourage you to see this updated youtube video (Sept 23rd 2013) here (Dr. Karen Becker interviewing DR. Michelle Kutzler) about this subject. It is 30+ min. long but there is a lot of great, easy to understand, information that I wish my "puppy people" would hear.

Please forward this article here to your Vet before deciding to spay or neuter your rottweiler. Your Vet will probably thank you!

Anyone reading this page is more than welcome to share this page address and especially to e-mail the link to your Veterinarian.